Prince Philip allegedly had cold feet before marrying one of the most famous women in the world.

The claim is being made in a new book about the Duke of Edinburgh titled “Prince Philip Revealed” by Ingrid Seward. The editor-in-chief of Majesty magazine, who has been covering the British royal family since the 1980s and has written more than 20 books on the subject, claimed Philip was “full of doubts” before marrying Queen Elizabeth II.

Seward claimed that shortly before his royal wedding to the future monarch, Philip, now 99, went to stay with “the beautiful novelist Daphne du Maurier” in Cornwall, the U.K.’s DailyMail reported on Friday. The 72-year-old described their relationship as “emotionally intimate” but “not sexual.”

According to the outlet, Philip told du Maurier that weekend, “I don’t want to go back, I want to stay with you.” In response, du Maurier replied, “Your country needs you.” 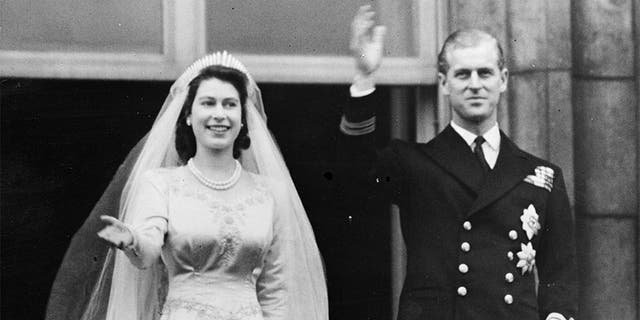 The couple tied the knot in 1947 when Elizabeth was 21 and Philip was 26.
(Photo by Keystone/Getty Images)

For Elizabeth, who was a princess at the time, she was smitten by the dashing naval officer. According to the outlet, Elizabeth told her nanny that she knew almost straight away that Philip was “the one” before he proposed in 1946.

The outlet noted Philip was reportedly concerned about what he was getting himself into. While the couple enjoyed some “happy, carefree years,” things quickly changed when Elizabeth’s father, King George VI, died in 1952.

Elizabeth’s father only became king because his older brother, later known as the Duke of Windsor, refused to rule without Wallis Simpson, the American divorcee who became his wife. It was a move some saw as shirking his duty to the nation. 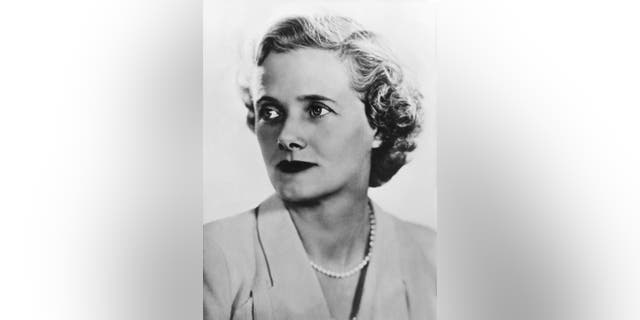 It was then that Philip gave up his naval career and became a full-time consort to his wife, the new Queen of England.

“Philip was constantly being squashed, snubbed, ticked off,” said Philip’s pal Mike Parker about coping with the “archaic way” things were being run at Buckingham Palace to Seward.

Elizabeth and Philip had four children: Charles, the Prince of Wales and heir to the throne, Anne, Andrew and Edward.

Elizabeth’s cousin Margaret Rhodes also told Seward that while Philip was “wonderful” with small children, “it was when they grew and developed their own personalities that Philip seemed to lose interest.” 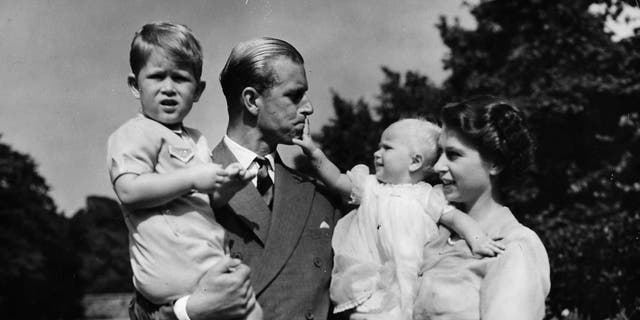 Elizabeth and Philip had four children: Charles, the Prince of Wales and heir to the throne, Anne, Andrew and Edward.
(AP Photo/Eddie Worth)

Seward claimed Philip was particularly tough on his son Charles. The now 71-year-old, depicted as sensitive, was sent to Gordonstoun, a Scottish school Philip attended, in hopes he would toughen up. However, “the little boy who cowered when his father raised his voice still lurked under the surface.”

According to the outlet, Philip’s daughter, Princess Anne, is considered to be “his favorite” and is “as tough and fearless as he is.”

But despite his initial concerns, Philip has always remained beside Elizabeth, now 94. After 65 years of supporting the queen, he retired from public life in 2017.

At the time he retired, Philip was the patron, president or a member of more than 780 organizations, including many charities. He had given 5,496 speeches, written 14 books and gone on 637 solo visits overseas, in addition to hundreds of trips accompanying the queen. 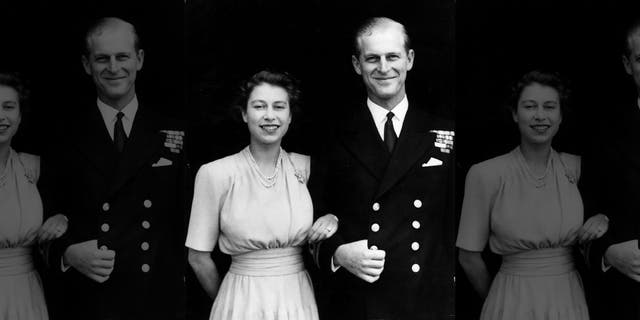 The couple tied the knot in 1947 when Elizabeth was 21 and Philip was 26.
(Photo by Hulton Archive/Getty Images)

As for du Maurier, she passed away in 1989 at age 81. Before du Maurier’s passing, many of her novels were adapted into Hollywood films.

In 2019, Seward released a book titled “My Husband and I,” which analyzed the lasting union between the royal couple.

In the book, Seward investigates allegations of Philip’s affairs that have lingered for decades. As previously reported by Town & Country, the Duke of Edinburgh has been linked to numerous women, most notably Pat Kirkwood in the 1930s and 1940s, a stage actress whose legs were coined “the eighth wonder of the world.”

Philip and Kirkwood reportedly met on seven different occasions, the first of which Philip went to her dressing room before a performance in London in 1948. That initial meeting purportedly led to dinner and dancing until dawn. Elizabeth, who was then a princess, was eight months pregnant with Prince Charles at the time. 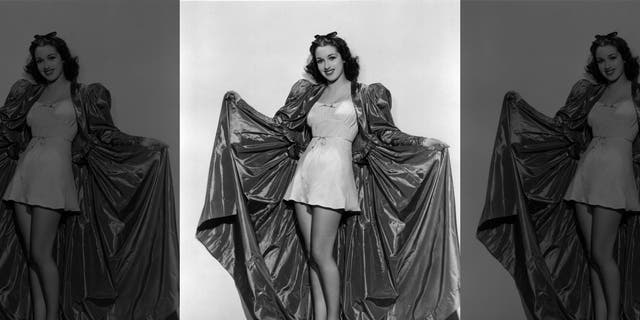 The Duke of Edinburgh has reportedly been linked to numerous women, most notably Pat Kirkwood, pictured here.
(Getty)

According to the U.K.’s Mirror, Kirkwood denied claims of any illicit relationship with Prince Phillip until her death in 2007 at age 86.

“In my research, I never got a conclusive answer,” Seward told Fox News about all the rumors. “There’s so much gossip about Philip and his affairs, but all the women that deny it, that have been picked out of possibilities of having affairs — well, most of them are dead now. … And Philip himself obviously denies it.”

In addition to Kirkwood, Philip has also been linked to other actresses, including Helene Cordet, Merle Oberon and Anna Massey. People magazine previously reported rumors persisted that Philip was actually the father — not the godfather — of Cordet’s two children. She called the paternity gossip “ridiculous” and claimed they were fathered by French fighter pilot Marcel Boisot.

“No one is saying anything [about these stories] and probably won’t until after the queen dies,” said Seward. “No one will say anything because anything would be very hurtful to her if indeed they were true. But, there are lots of stories. You can’t ignore it.”

In 2017, Netflix’s “The Crown” implied Philip may have had an affair with Russian ballerina Galina Ulanova in the 1950s. However, People magazine noted there is no evidence that a relationship ever occurred. 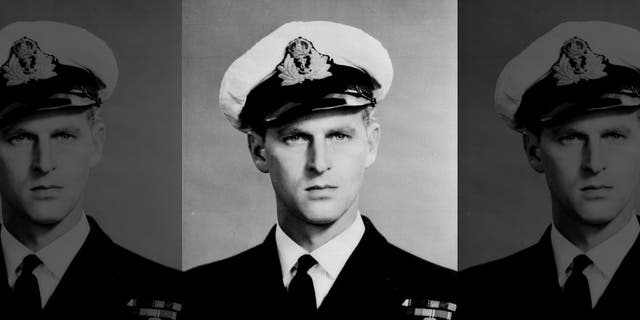 Philip gave up his naval career and became a full-time consort to his wife, the Queen of England.
(Getty)

Despite all the gossip and scandals Elizabeth and Philip had to face over the years, their bond endured.

“It’s quite extraordinary really,” Seward told Fox News at the time. “… In those days, it wasn’t quite so unusual to have a young girl fall in love with someone and stay in love with them. But she never really looked at anyone else once she met him. He was just gorgeous. He was so handsome, tall, blonde and very funny. And you know, women love funny men.

Women were likely attracted to his looks and charm, but he was also an interesting character, she said.

“Whatever he may have done in his private life, no one has really put their finger on that,” Seward said. “He’s always put his duty to the queen first.” 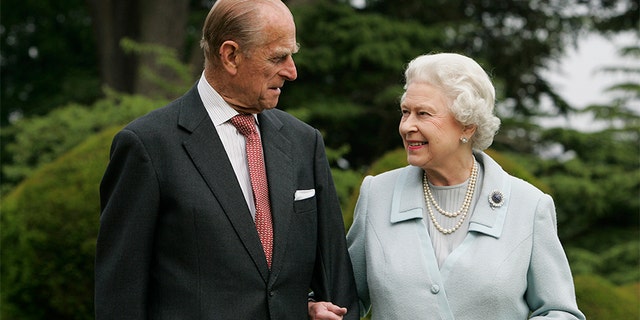 Despite all the gossip and scandals Elizabeth and Philip had to face over the years, their bond endured.
(Photo by Tim Graham/Getty Images) 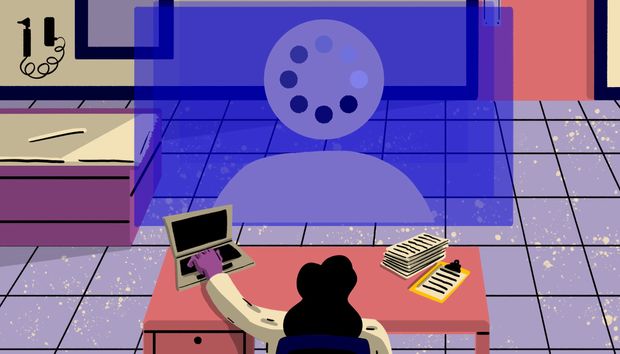 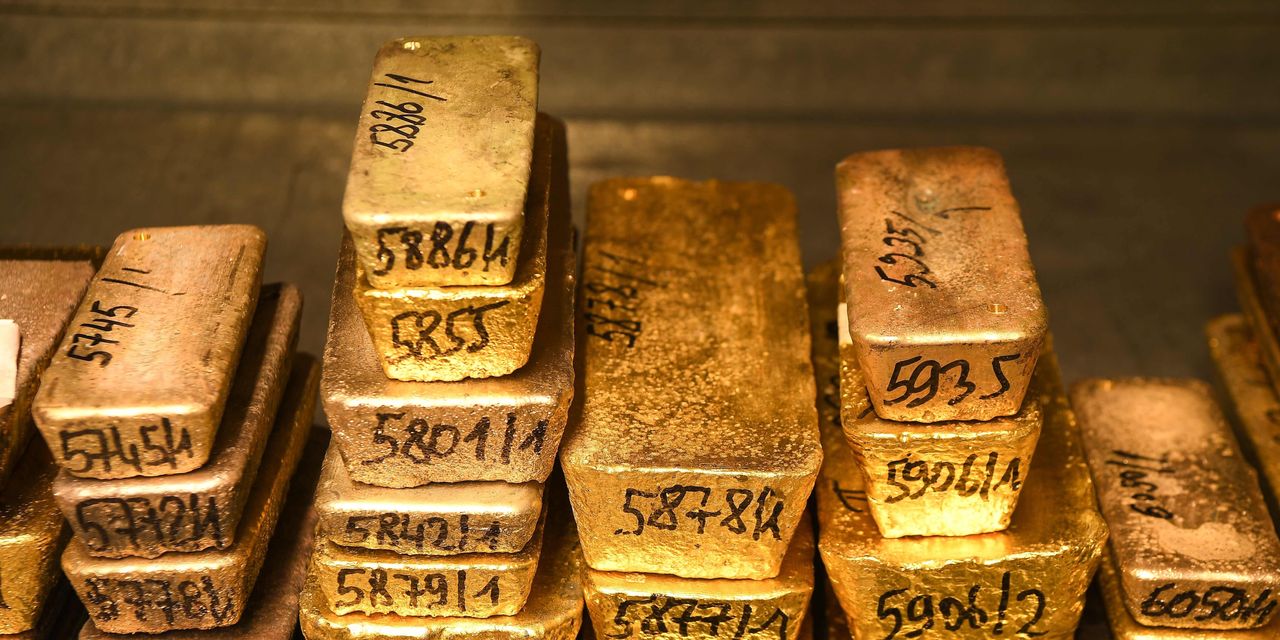 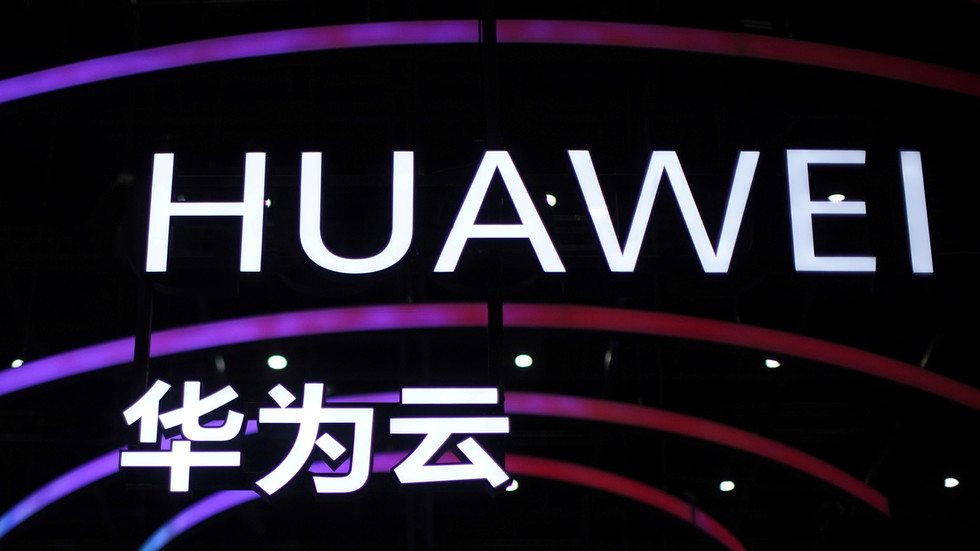 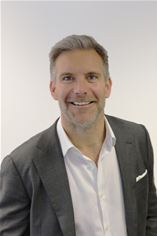 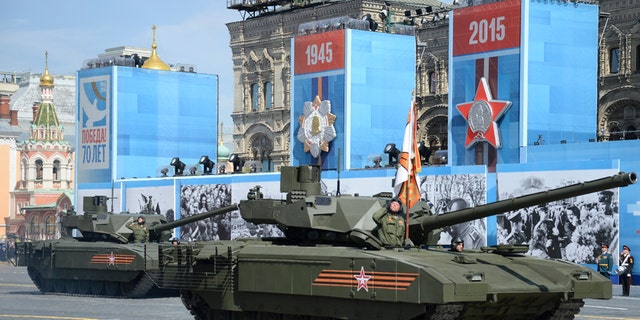 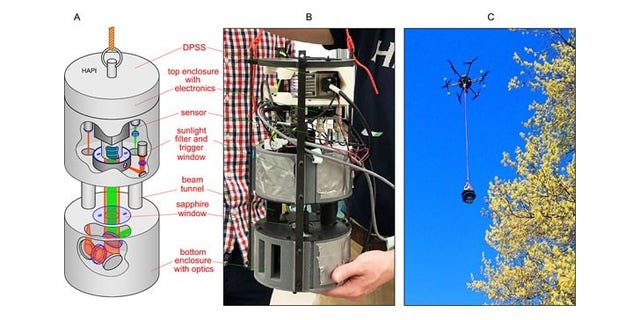