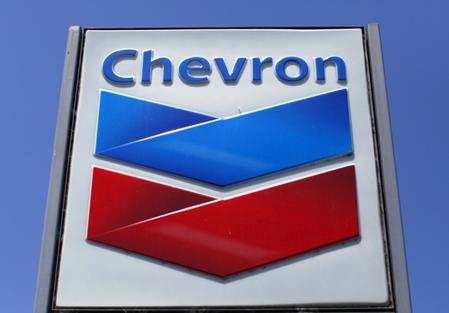 (Reuters) – Chevron Corp (CVX.N) aims to reduce the intensity of greenhouse gas emissions from its oil production by 5% to 10% over a seven-year period ending 2023 as part of an ongoing effort to combat global climate change, the U.S. energy major said on Thursday.

Chevron, part of the Oil and Gas Climate Initiative (OGCI) along with Exxon Mobil Corp (XOM.N) and BP Plc (BP.L), said it will also target a reduction of 2% to 5% in green house gas emissions intensity from gas production over the same period.

However, Chevron’s goals do not include plans to cut Scope 3 emissions or those from its customer’s use of its fuels and other products.

Chevron was not immediately available for a comment on how the company calculates the intensity based targets.

The oil and gas industry has been under pressure from activists concerned about the effects of climate change, with scientists saying that the world needs to halve greenhouse gas emissions over the next decade to avoid catastrophic warming.

The OGCI, formed in 2014, is a group of 13 major oil companies that account for 32% of global oil and gas production. It aims to reduce methane emissions and increase carbon efficiency. The companies have also been investing in carbon capture technology that traps carbon in caverns or porous spaces underground.

Chevron said it had so far spent more than $1 billion on carbon capture and storage projects in Australia and Canada and the investment is expected to reduce greenhouse emissions by about 5 million metric tons per year.

Earlier this year, Royal Dutch Shell (RDSa.L) said it planned to reduce carbon emissions from its oil and gas operations and product sales by 2% to 3% during the 2016-2021 period.

Shell’s targets include Scope 3 emissions, unlike rivals BP (BP.L) and Total (TOTF.PA), which have limited their short-term targets on reducing carbon dioxide emissions to their own operations.

Energy companies are on the front line of a global transition to a low-carbon economy, with investors potentially on the hook for hefty losses if the companies do not overhaul their business models in time.

Reporting by Arunima Kumar and Arundhati Sarkar in Bengaluru; Editing by Maju Samuel and Shailesh Kuber

To access a PDF version of this newsletter, please click here here If you would like to receive this newsletter via email, please register at: here FACTORS TO WATCH... Read More 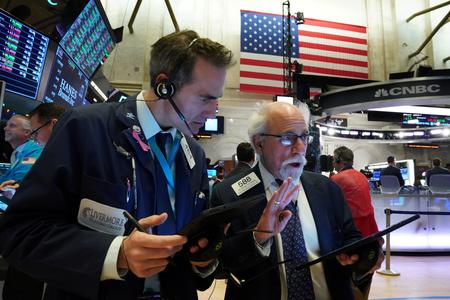 Jan 6 (Reuters) – The following are the top stories on the New York Times business pages. Reuters has not verified these stories and does not vouch for their... Read More

LONDON (Reuters) – World stocks held near record highs on Thursday as some encouraging U.S. data ensured there was no post U.S.-China trade deal hangover for global markets. After the previous day’s excitement the moves among the asset classes were mostly incremental, but there was still some energy [...]

(Reuters) – U.S. stocks were poised to open at record highs on Thursday, after the United States and China signed an initial trade agreement and Morgan Stanley wrapped up big bank earnings on a strong note. The benchmark S&P 500 .SPX was set to open above 3,300 mark for the first time ever. The [...]

Turkey should use diplomacy, not troops, to help resolve Libya conflict – analysts

President Recep Tayyip Erdogan’s decision to send troops to Libya risks upending ongoing diplomatic efforts to resolve the country’s military conflict peacefully, analysts told RT. How involved Turkish forces will become in the conflict depends largely on how the situation develops on the ground in [...]

NASCAR will be taking a right turn in Indianapolis. Several, in fact. The sanctioning body has announced that the second-tier Xfinity Series will race on the Indianapolis Motor Speedway’s infield road course for the first time this July 4th weekend. The final layout for the track will be determined [...]

Despite its cool Green parties and ambitious wind and solar agendas, Europe remains by far the world’s largest importer of oil and natural gas. Oil output in the North Sea and off the coast of Norway is declining, and the European Union is quietly looking for fossil fuel energy anywhere it can find [...]

(Reuters) – Morgan Stanley (MS.N) wrapped up the earnings season for big U.S. banks on a resounding note, comfortably beating quarterly profit estimates and raising the possibility that the Wall Street bank could raise its strategic targets. FILE PHOTO: A sign is displayed on the Morgan Stanley buil [...]

VANCOUVER, British Columbia, Jan. 16, 2020 (GLOBE NEWSWIRE) — Great Quest Fertilizer Ltd (TSXV:GQ) (“Great Quest” or the “Company”) is pleased to announce that it has entered into a strategic partnership (the “Agreement”) with Akon Legacy Ventures, LLC. (“ALV”) to build and expand GQ’s business, cus [...]

President Donald Trump has slammed Apple over the tech giant’s refusal to unlock iPhones used by the shooter who killed three U.S. sailors and injured eight other people at Pensacola Naval Air Station. “We are helping Apple all of the time on TRADE and so many other issues, and yet they refuse to un [...]

President Trump says he’s getting serious about election security, but some critics say it’s too little, too late. With the 2020 election right around the corner and voting in Iowa scheduled to kick off next month, American cyber experts are gearing up to help secure voting machines and election inf [...]